Monday night at the Ballyshannon Drama Festival sees the return of the Newtownstewart Theatre Company with their production of ‘The Hen Night Epiphany’. 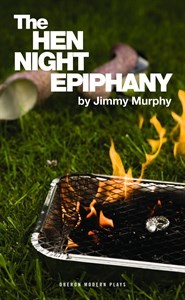 Should some secrets never be kept no matter what the cost? Five women come together to help clear out a run-down cottage a week before the wedding of its new owner, Una. Joining her on this hen night of sorts are her two best friends, Kelly and Triona, her soon to be mother-in-law, Olive, and Olive’s best friend, Anita. But Una is keeping a secret that, if revealed, will detroy all hopes of her dream wedding and living happily ever after with the love of her life. As the play unfolds, we see the women, one by one, forced to confront awkward truths of their own.

NTC have been in existence for a few years now, this will be their third year on the circuit. The group performed Frank Mc Guinness “The Factory Girls” last year to great success and are very much looking forward to the 2017 Festivals.