“The Chronicles of Long Kesh” 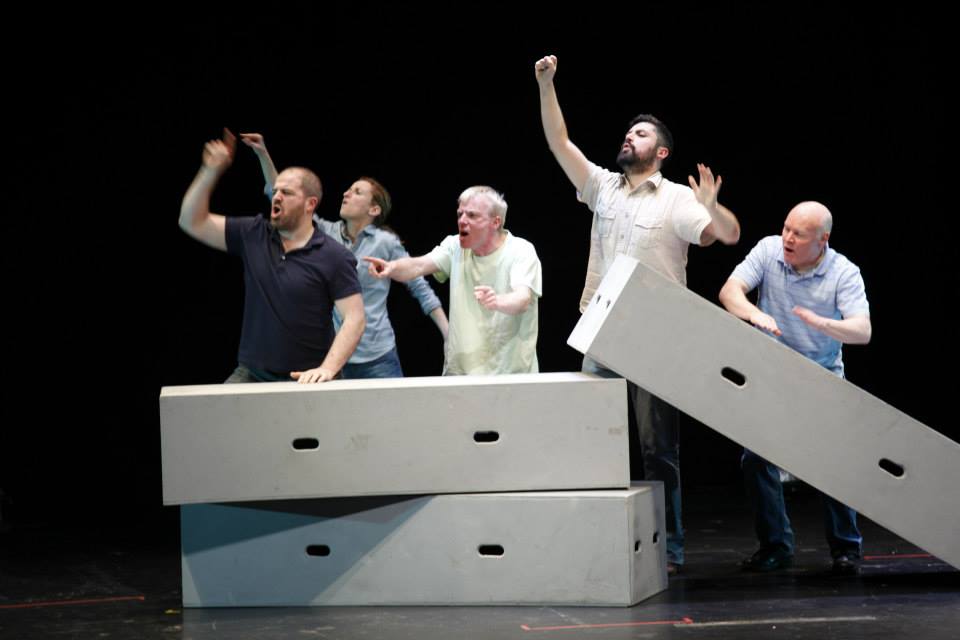 This play contains strong language! Not suitable for children

“Chronicles of Long Kesh” tells the story of the prison – also known as The Maze – from its opening in August 1971 to its closure in July 2000. The story concentrates not on the big politics of the day or those who became well known as a result of their time in prison, but on the experiences of ordinary prisoners, prison officers and their families. Audiences will be confronted with a rich assortment of republicans, loyalists, prison officers, chancers, escapers, wives, Smokey Robinson-imitators and hypochondriacs! Whilst the play deals with major developments such as the 1974 burning of Long Kesh, the hunger-strikes, the big escape, etc., it also contains its fair share of hilarity, black humour and plenty of Motown songs! Six actors play all the parts.

HISTORY OF THE GROUP
The LMDG was formed in Letterkenny in 1990 and has staged 21 three act plays
and 20 musicals/concerts since then. The group has performed mostly in An Grianán Theatre in Letterkenny since its opening in 1999. The group took part in the Drama Festival Circuit from 1995 until 2000 and again in 2012. They enjoyed great success in 2012 winning the All Ireland Confined Finals and the Ulster Drama Festival with “The 39 Steps”. They also reached the All Ireland Confined Finals in 1999 and 2000. The LMDG has staged musicals in Derry and Bangor Musical Festivals and were runners–up in the Aims All Ireland Finals in 2007 with a newly composed musical “Children of the Dead End”.
They look forward to returning to the Drama Festival Circuit again this year – in the Open Section.