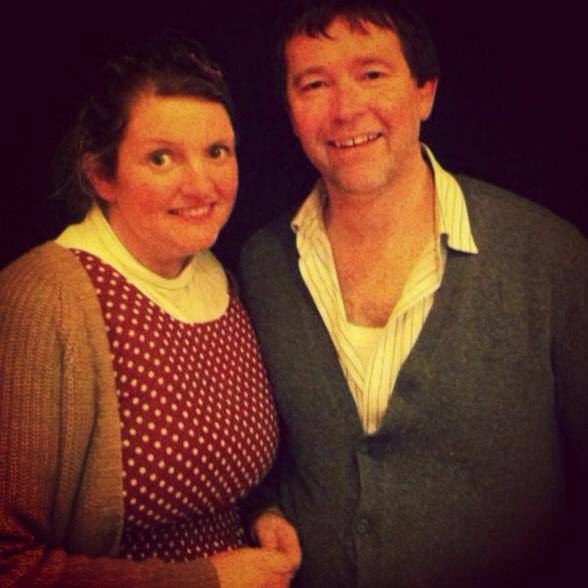 SYNOPSIS
“Any Given Day” by Linda McLean is set in 1990’s Glasgow. Act I is in a flat and Act II in a bar. In Act I we meet Bill & Sadie, a couple with intellectual disabilities who have been moved out of a residential care unit into the community as their care home closed down. It’s a big day for them, they’re expecting company.
In Act II we meet Jackie, who is Bill’s niece. She’s about to finish her shift in a bar and things take a turn for the better, not something she’s used to. She faces a choice: do like she always does on a Saturday afternoon or take her boss up on his offer and celebrate a good day.
The play centres around a vulnerable couple desperately trying to cope with the world around them and a fledgling romance that promises warmth to people left in the cold. But, as in real life, everything does not run smoothly, small decisions have devastating impacts on those least expecting it and the audience are left questioning their own responsibilities and attitudes.

HISTORY OF THE GROUP
Yellow Moon is based in Gorey, Co. Wexford, and it was formed by the team, cast & crew, that won the Confined All Ireland in 2010 with Brian Friel’s “Translations” as part of the Ferns Drama Group. Our first production was in summer 2011, “All in Favour Said No” by Bernard Farrell. We performed on the circuit in 2012 with “Our Country’s Good” by Timberlake Wertenbaker and had a successful run with “Out of Order” by Ray Cooney in summer 2012. We followed that with Marina Carr’s “On Raftery’s Hill” on the circuit in 2013. This summer we had a sell out run with Willy Russell’s “Stags and Hens”. We ran two one acts, “Tone Clusters” & “The Dumb Waiter” lately, with the former competing in the Open Section of the One act Festival Circuit, narrowly missing qualification for Roscommon. We are a diverse group committed to staging productions to the very highest standard we can achieve.