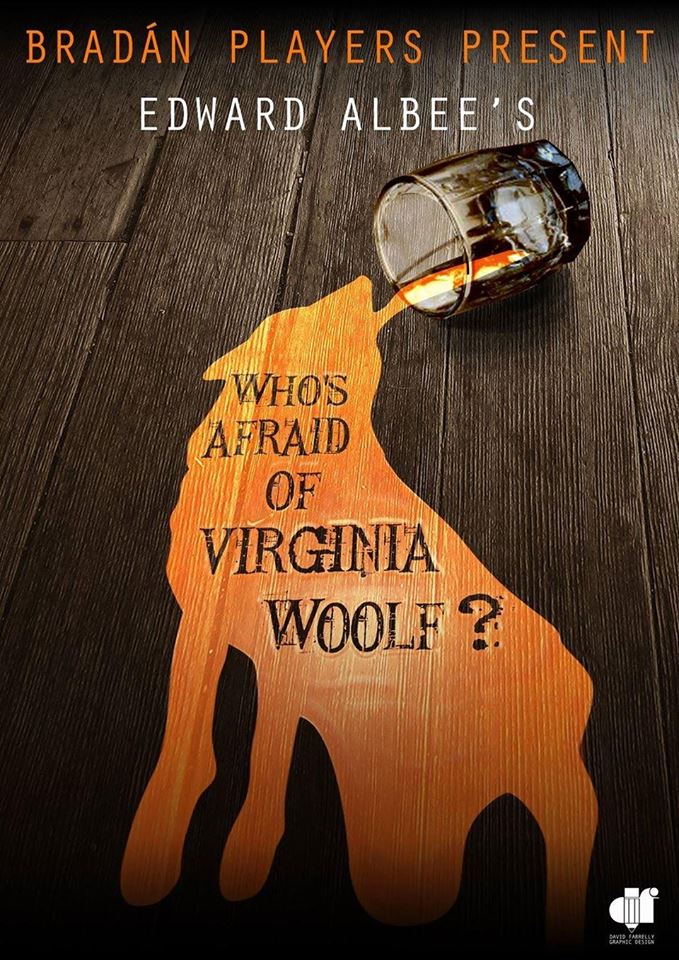 SYNOPSIS
“Who’s Afraid of Virginia Woolf” was first produced on Broadway in 1962, to critical acclaim. Set in America, in the living room of a house in a small New England college, Martha, daughter of the college president, unbeknownst to her husband Gerorge, a professor of history, has invited Nick & Honey, new arrivals to the college, for a late night gathering.
What follows is a night of alcohol-fuelled and emotionally charged drama.

The Play in in three acts with one interval.

HISTORY OF THE GROUP
Bradán Players are Leixlip-based but draw their participants and audience from the general North KiLdare area. The group formed in 2005, but many of the Bradán Players have a long association with amateur theatre in the area. We have appeared in the All- Ireland One Act (Open) finals six times with some success, winning three times, most recently winning with “A Number” by Caryl Churchill in 2010. Subsequently Bradán Óg, qualified for the All-Ireland One Act Finals (Confined) in 2011 with “Chatroom” by Enda Walsh and we last appeared on the one act open circuit in 2012 with “Some Kind of Love Story” by Arthur Miller.
We have competed in the All Ireland Full-length Drama circuit with “Extremities” in 2008, “Faith Healer” 2009, “Mauritius” 2010, “Tom & viv” 2011, “Hedda Gabler” in 2012 & “How I Learned to Drive” in 2013.