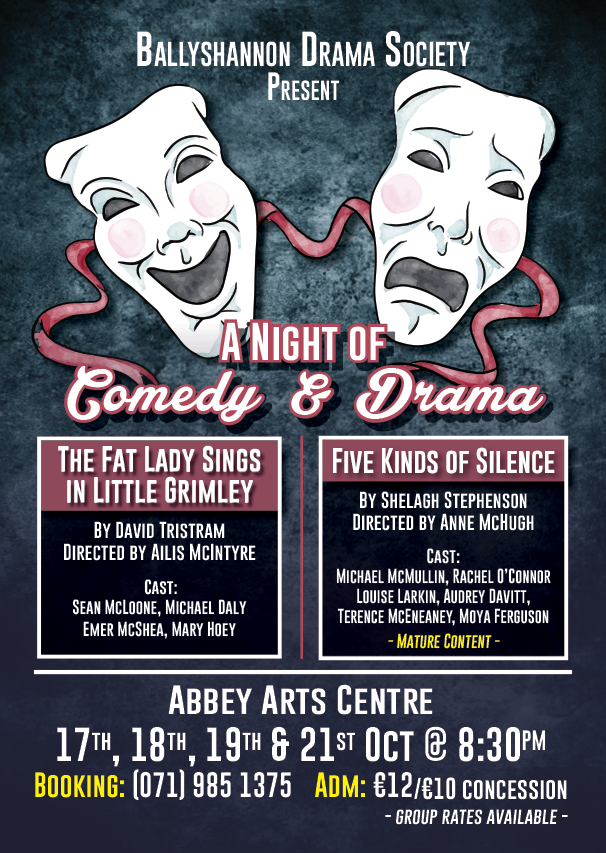 The Ballyshannon Drama Society is delighted to announce a wonderful night of Comedy and Drama in October as we present two one act productions, ‘The Fat Lady Sings in Little Grimley’ by David Tristram and ‘Five Kinds of Silence’ by Shelagh Stephenson. Both plays will be produced in the Abbey Arts Centre on October 17th, 18th, 19th and 21st at 8.30pm nightly. Following this home run, ‘Five Kinds of Silence’ will participate in the All Ireland One Act Festival circuit.

‘The Fat Lady Sings in Little Grimley’ is a hilarious, laugh-out-loud comedy about an amateur drama company in competition with a nearby rival group.