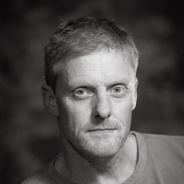 John trained at the Samuel Beckett Centre, Trinity College, Dublin, The International School of Corporeal Mime, London, Saratoga International Theatre Institute, New York and The Roy Hart International Voice Centre, France. He has worked in professional theatre since 1988. He worked as an actor with Co-Motion Theatre Company, Dublin, and Graffiti Theatre-in-Education Company, Cork, before returning to Sligo to become a founder member of Blue Raincoat Theatre Company in 1991. 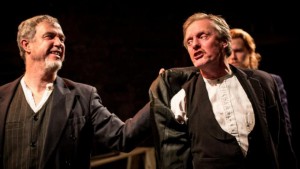 He has acted in most of the company productions to date including Alan Strang in Equus, Christy Mahon in Playboy of the Western World, Lysander in A Mid-Summer Nights Dream, Gath in A Brief Taste Of Lightning, Mr. Martin in The Bald Soprano, McCruiskeen in The Third Policeman, Clov in Endgame & most recently as Yuri Gagarin in First Cosmonaut by Joselyn Clarke. He has directed a number of plays for Blue Raincoat including Krapp’s Last tape, Rough for theatre II and Play by Samuel Beckett. He has also directed theatrical productions for County Sligo Youth Theatre, Bealtine Festival and Cairde Festival, Sligo. John has facilitated numerous workshops for Blue Raincoat in the areas of Voice, Text analysis and Stagecraft with Drama students of Queen’s University, Belfast, NUIG, Drama League of Ireland & El Submarino, Madrid. 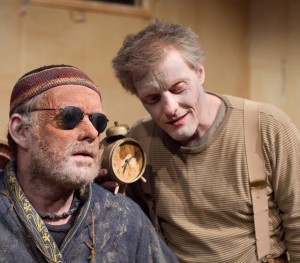 Prior to his professional career, John was actively involved in amateur drama in Sligo. He was introduced to Sligo Drama Circle through his drama teacher, Walter McDonagh in 1980 and participated in many productions with them, including the works of J.M.Synge, W.B.Yeats, T.C. Murray, Brendan Behan, and Hugh Leonard & J.B. Keane. He has also worked with Coolera Dramatic Society & Everyman Theatre.

He has been a member of Guild of Irish Drama Adjudicators (GIDA) since 2010.