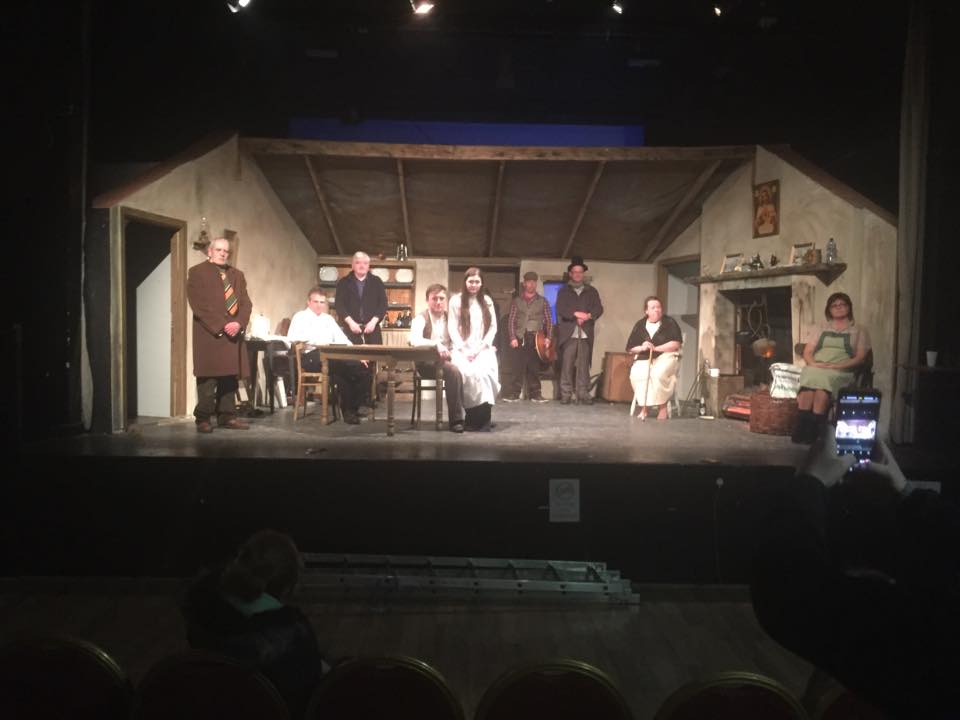 The story is centred on a young eighteen-year-old girl, Sive, who is illegitimate. She lives with her uncle Mike, his wife Mena, and Nanna who is Mike’s mother. A local matchmaker Thomasheen Sean Rua decides that Sive should marry an old man called Seán Dota. Seán is rich but old and haggard. Thomasheen convinces Mena to organise the marriage of Sive to Seán Dota. She and her husband will receive a sum of two hundred pounds as soon as Sive marries Seán Dota. Mike is originally unwilling to have Sive married to a man so much older than her, but Mena convinces him otherwise.

Sive however is in love with a young man by the name of Liam Scuab. Liam, however, is not suitable as he is related to the man who got Sive’s mother pregnant out of marriage, before going to work in England and drowning. Mike, who believes that Sive’s father deliberately abandoned her mother upon discovering her pregnancy, refuses permission for Liam to marry Sive on account of his being related to her father.

Sive is distraught but is forced to do the will of her uncle and his wife. Nanna does not approve and would prefer her to marry Liam. Two local tinkers by the name of Pats and his son Carthalawn connive together and decide to help her escape from Seán Dota and marry Liam. They plan to do this by giving a letter (written by Liam Scuab) to Nanna, who will then give it to Sive. The plot fails however as Thomasheen discovers the letter and destroys it. On the night before her marriage Sive disappears and shortly afterwards Liam finds her corpse in a bog hole. He carries the body into the house announcing to Mena that she is responsible for her death. As Liam cries over the dead body, Seán Dota and Thomasheen both leave the room. The play concludes with Pats and his son singing about a maiden who was drowned as she would not be a bride.