Closing the Ballyshannon Drama Festival this year we have Prosperous presenting Edward Albee’s ‘The Play About The Baby’.

Please note the earlier start time of 7.30pm to allow for the awards ceremony, which will begin shortly after the adjudication. 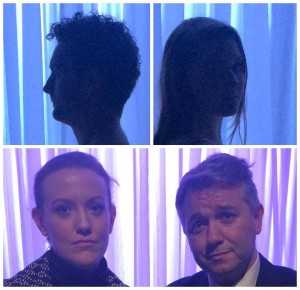 The play opens in a version of Eden, with the Boy and Girl. She is pregnant. The Girl gives birth to the baby. Soon, a middle aged couple, the Man and Woman appear…Witty, cryptic, part puzzle play, part vaudeville, the play is essential Albee, and shows the major American dramatist – now deceased – continuing a career of experimentation that has always been very European in its absurdist embrace and subsequent disregard for naturalism. This funny, harrowing dramatic fable, which features a four-member ensemble, is as explicit and concise a statement of what Mr. Albee believed as he is ever likely to deliver. It is presented in the form of what might be called a cosmic vaudeville, in which two old pros in this old world teach a pair of young adults just how bleak and dangerous the universe can be.