A new adaptation by Sean Treanor 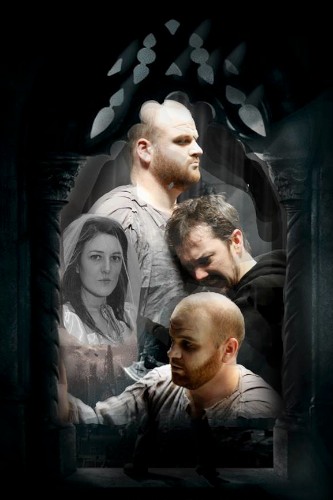 Mary Wollstonecraft Shelley’s “Frankenstein” or “The Modern Prometheus” is a story of the Age of Enlightenment. It may be seen in many different lights. It may be the sory of a man’s ambition to ‘pluck the apple’ of knowledge in order to become the Creator of life. It may be seen as a tragic tale of ‘vaulting ambition, which o’er leaps itself’. It may also be seen as a tale of man’s irrepressible thirst for a command over Nature. It is a tale of the revolt acceptance of the human condition. The Creature may be interpreted as being abondoned by his Creator and thus a parallel to the human being being lost in a hostile, godless world. The story has even been given political interpretations. However one cares to see the piece, it is operatic and universal in its ambitions. Sadly, the story is too frequently reduced to caricature. “A” Level and university students, now studying the text, are finding the filmed versions of the story particularly simplified. In this version, developed with the patient cooperation of the cast, and with live music and choral work by the actors, we have tried to create a text and performance which might allow some sense of the universal scope of the original and might also allow us to sense the personal joys, the tragedy, the need for love and understanding and fulfilment experienced by those who walk the stage of life.