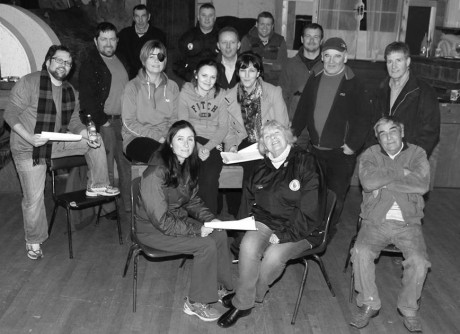 The play is set in the Belmont valley. The stage incorporates three spaces: the living room of Portia Coughlan’s House, the bank of the Belmont river and the bar of the High Chapperal.

Portia Coughlan, who is now thirty, struggles to come to terms with the death of her twin brother 15 years previously. Her family seems unable to reach her and all who touch her life are inescapably aware of her turmoil. Throughout the play her energies are seen to have been consumed by the battle she fights between reuniting with Gabriel in death and escaping his fatal hold on her life.

BRIEF HISTORY OF THE GROUP
Pomeroy Players are 29 years in existence. Over the last number of years the group’s repertoire has included classics such as the “Playboy of the Western World” and “Juno and the Paycock”. The company have enjoyed much success on the festival circuit. The most noteworthy performances have been “Philadelphia here I come”, “See How they Run”, “Pools Paradise”, Arthur Miller’s “A View From the Bridge” and “Tarry Flynn”.