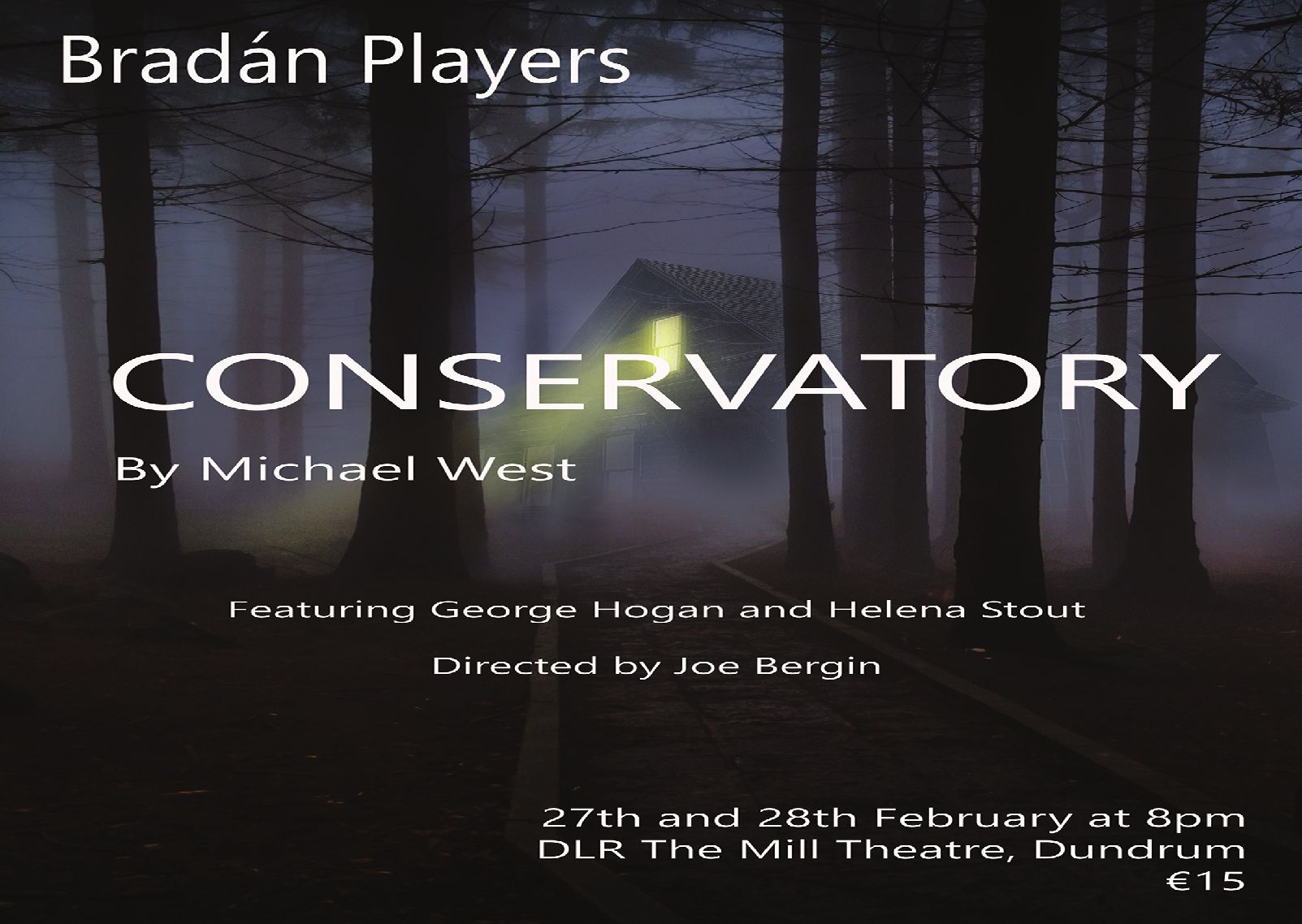 The award winning Bradan Players present “Conservatory” by Michael West.  The play was first presented in 2014 at the Peacock.  Described by Emer O’ Kelly in the Irish Independent as “a marvellous play, absorbing, intense and elegant”, It tells the story of an elderly couple sitting in a dark room in their house, doing the crossword, taking their tablets and knitting, all the while raking over a traumatic past that has all but destroyed them.

“West’s writing is remarkable for its restraint. There is no showboating, just a consistent employment of language as neat and cutting as a surgical implement” — Alan O’Riordan,   Irish Examiner.

Ballyshannon Drama Society will proudly host the All Ireland Confined Finals in April 2022!