“The Wood Of The Whispering” 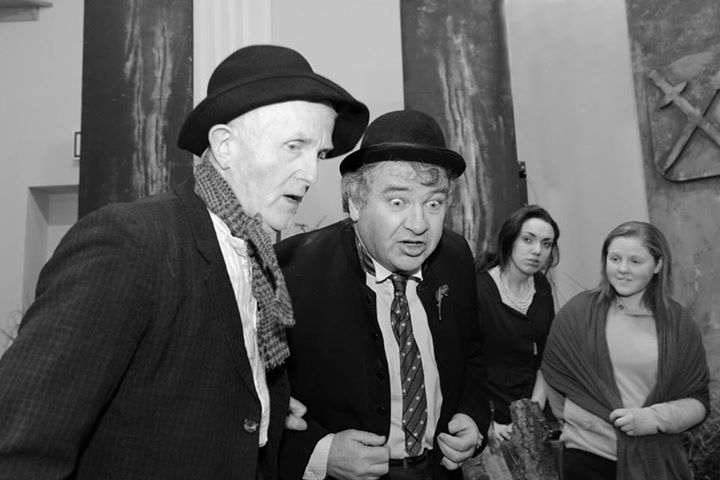 In this wonderfully witty folk-play, Con arrives to cut down the wood at the D’arcy demesne. He encounters Sanbatch living by the abandoned castle gates and soon meets “some comical Irishmen” in the wood of the whispering; a nether–world, where colourful characters live in “fear of losing themselves” pondering life’s path in love and living, against their practical needs. Sanbatch, sensing their way of life stolen away as the fairies stole Sadie, schemes to save the day; in the end of all, the young people with “enough good sense got“ settle in the “Wood of the Whispering”.

THE GROUP:
The Phoenix Players is an active amateur drama group in Tubbercurry, Co. Sligo. Our group have participated on the amateur circuit since it was founded. A deep-rooted love of drama lives in the fabric of our community, which sees nearly the entire town having participated in and supported our larger shows.
We encourage participation from all age groups, and actively encourage youth involvement in all aspects of theatre. Established in 1945, our ethos has promoted the organic evolvement and growth of theatre and excellence in performance.