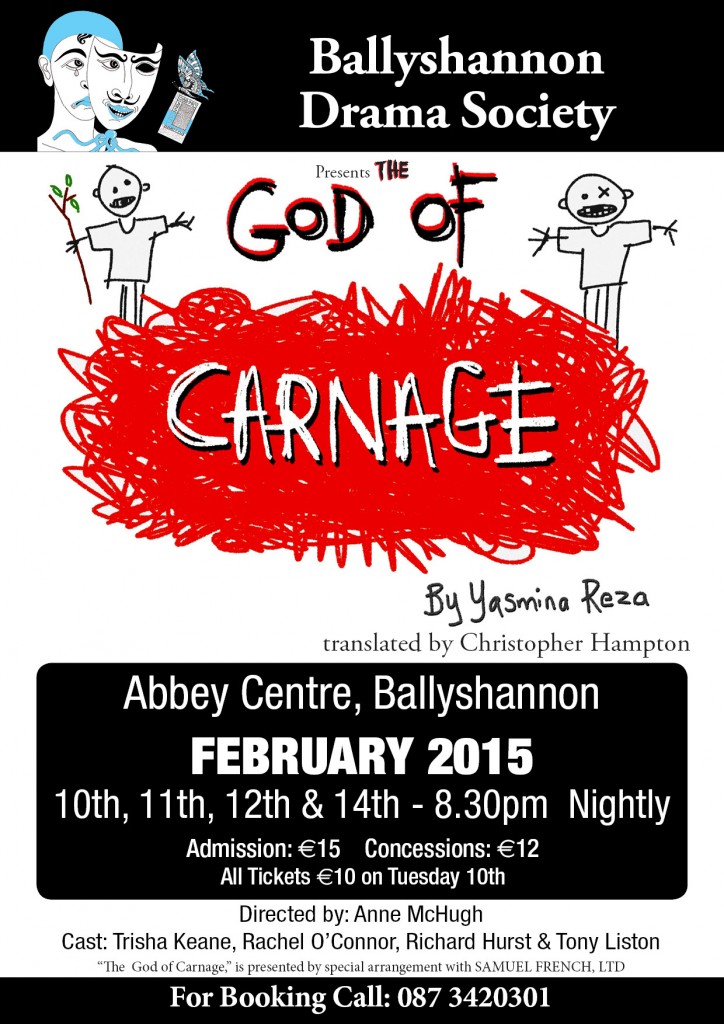 Ballyshannon Drama Society return to the Abbey Centre in Februrary with their latest theatrical venture, Yazmina Reza’s electrifying comedy God of Carnage, before taking the show on to the All Ireland Drama Festival circuit.

The ninety minute play, set in a tastefully decorated apartment in modern day Paris, tells the story of two sets of parents who meet to discuss a scuffle between their sons. This comedy of manners (without the manners!) poses the question: is there such a thing as the art of coexistence? If we’re polite to one another, shouldn’t we all just get along? The philosophy is tested when a rational discussion among the polite, civilised adults quickly devolves into carnage. Emotional buttons are pressed, boundaries are assaulted and a tense argument reveals the multiple layers of these characters, with surprising and hilarious results. The audience will undoubtedly take dark voyeuristic pleasure in watching the verbal battle which unfolds during the play. However, if we watch closely, we might see a bit of ourselves!

With direction by Anne McHugh, the cast consists of Rachel O’Connor as Veronique, Richard Hurst as Michel, Patricia Keane as Annette and Tony Liston as Alain.

God of Carnage opened in the Abbey Centre, Ballyshannon on the 10th of February and ran until the 14th before hitting the festival circuit for the following dates: