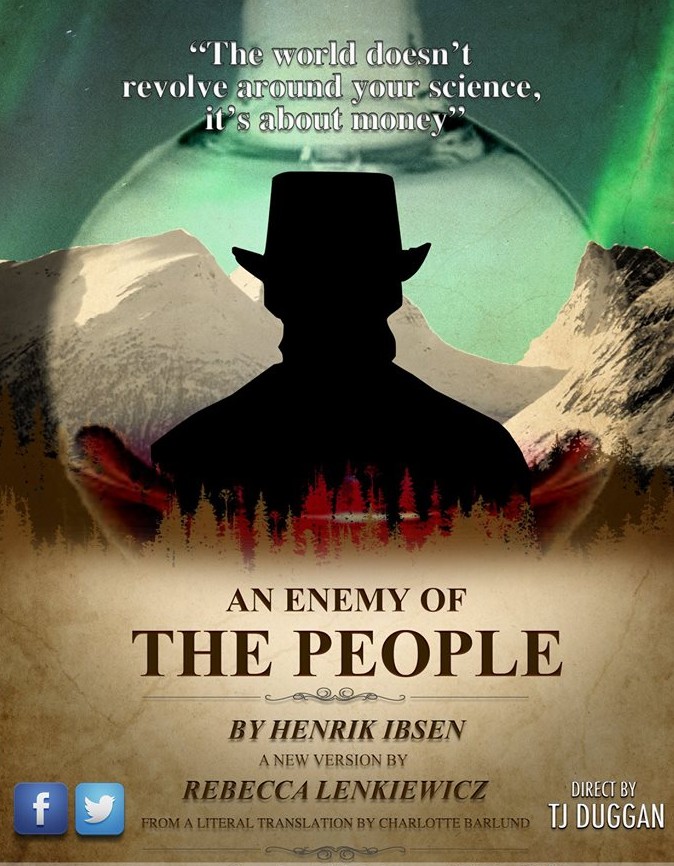 Dr. Stockmann has discovered that the new baths built in his town are infected with a deadly disease and instructs the town to repair or close the baths. The Mayor, who is Dr. Stockmann’s brother, does not believe the report and refuses to close the baths because it will cause the financial ruin of the town. Dr. Stockmann tries to take his case to the people, but the mayor intercedes and explains to the people how much it will cost to repair the baths. He explains that the Doctor is always filled with wild, fanciful ideas. In a public meeting, he has his brother declared an enemy of the people. The doctor decides to leave the town, but at the last minute comes to the realization that he must stay and fight for the things he believes to be right.