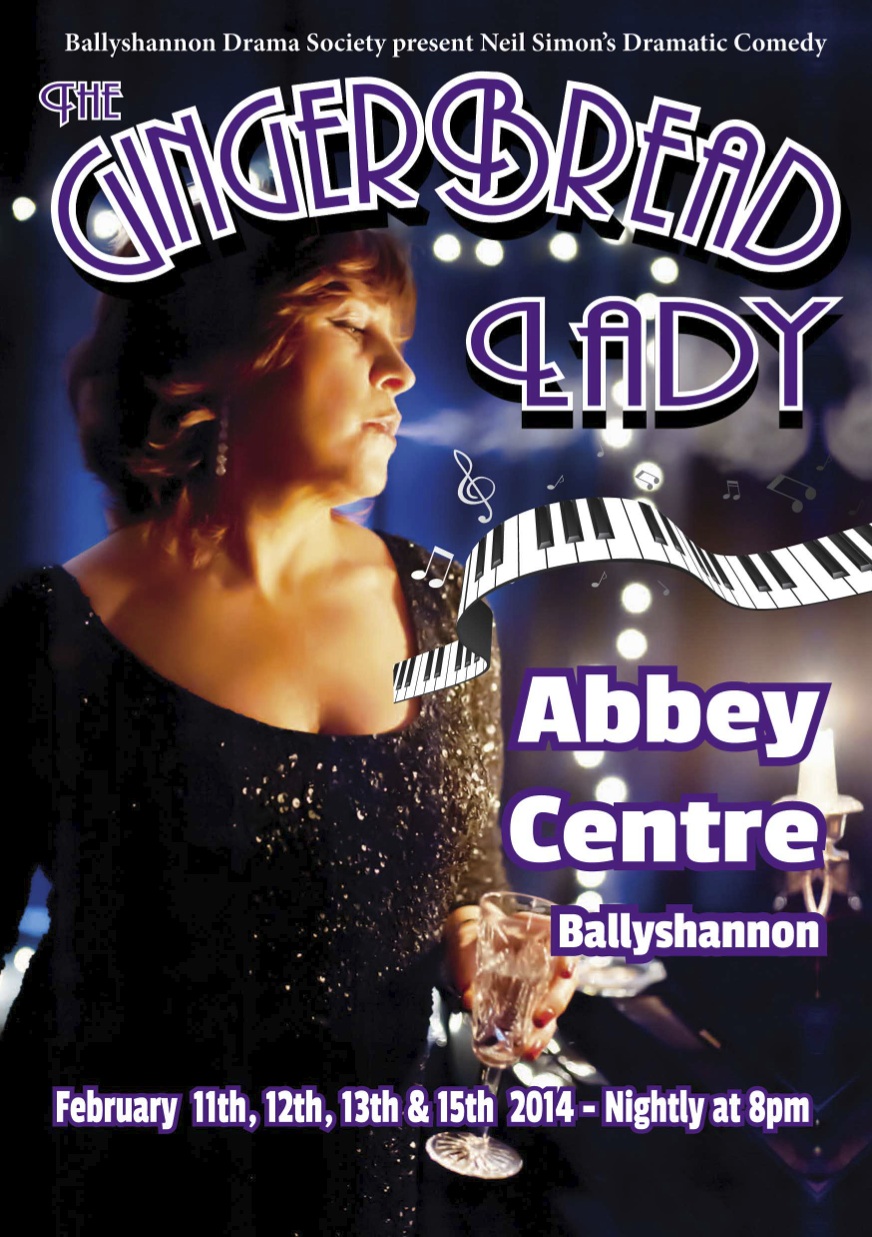 Neil Simon’s dramatic comedy was first presented in New York in 1970. The play centres on Evy Meara, a cabaret singer, whose career, marriage and health have been destroyed by alcohol. Having just completed a 12 week stint in a rehab facility, she returns home to the welcome of friends with their own problems: Jimmy, a gay actor in danger of losing a part in a play, and Toby, an overly vain facing up to the loss of her looks. Polly, Evy’s anxious but devoted daughter arrives on the scene, shortly followed by Lou, Evy’s worthless ex-lover.

Crackling with the kind of one-liners one expects from Simon, the play focuses on Evy’s struggle to stay on the wagon…

Blue Riband for Top Scoring Production of the Festival

Following a run of 4 nights in The Abbey Centre, Ballyshannon, the Ballyshannon Drama Society competed in the Open League of the All Ireland Drama Festival.