‘Play On’ by Rick Abbott is the hilarious new comedy from Ballyshannon Drama Society which is guaranteed to have them rolling in the aisles every night! Directed by Rachel O’Connor and featuring many familiar faces, this promises to be a great night’s entertainment for all. The story follows an amateur drama group and their trials and tribulations in trying to put on a murder mystery play in their local theatre. The show opens on Tuesday May 22nd and continues Wednesday 23rd, Thursday 24th and Saturday 26th (no show on Friday) at 8.30 pm nightly. 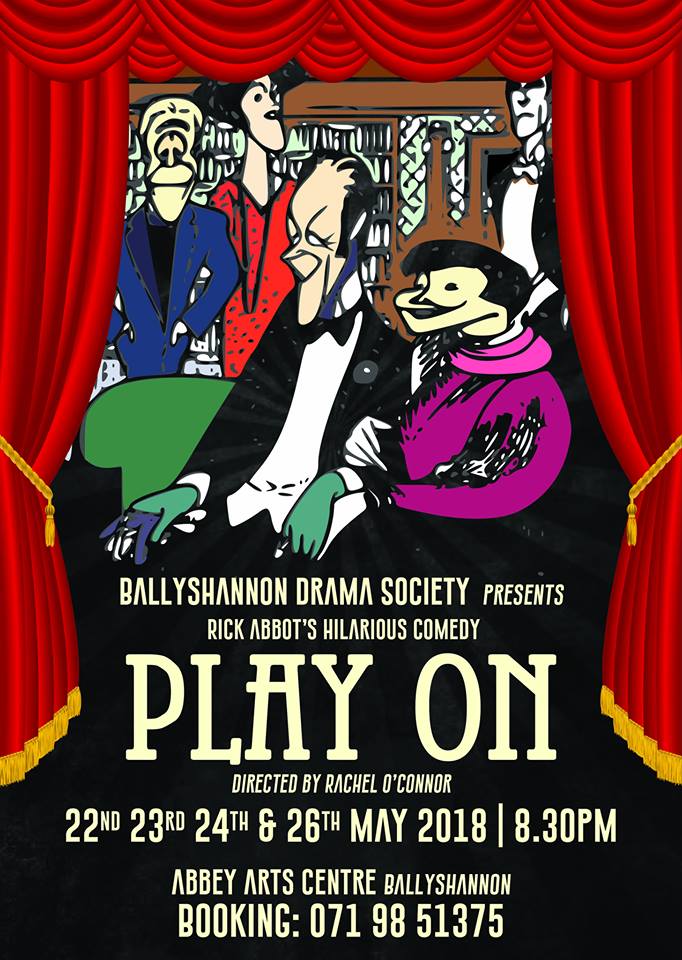