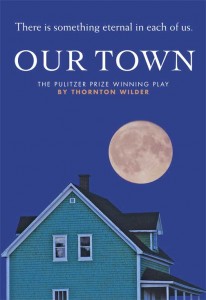 Ballyshannon Drama Society is pleased to announce its forthcoming Autumn Production, ‘Our Town’ by Thornton Wilder.

This well-loved American classic tells the story of the fictional American small town of Grover’s Corners between 1901 and 1913 through the lives of its citizens.

Our Town won the Pulitzer Prize for Drama in 1938 following its debut at the McCarter Theatre in Princeton, New Jersey.

The play, as in any small town, is full of characters of all ages. There are a number of main parts with smaller/chorus parts also available. In total there are 20 named characters.

We very much look forward to welcoming new members to the stage or to help in any way with the production, which will be staged mid October 2016.

Readings will be held shortly.

Here’s a link to a 1970s TV movie version on YouTube: www.youtube.com/watch?v=3wBPPcHZLcA